What Solar Tariffs Mean for the Industry and North Carolina 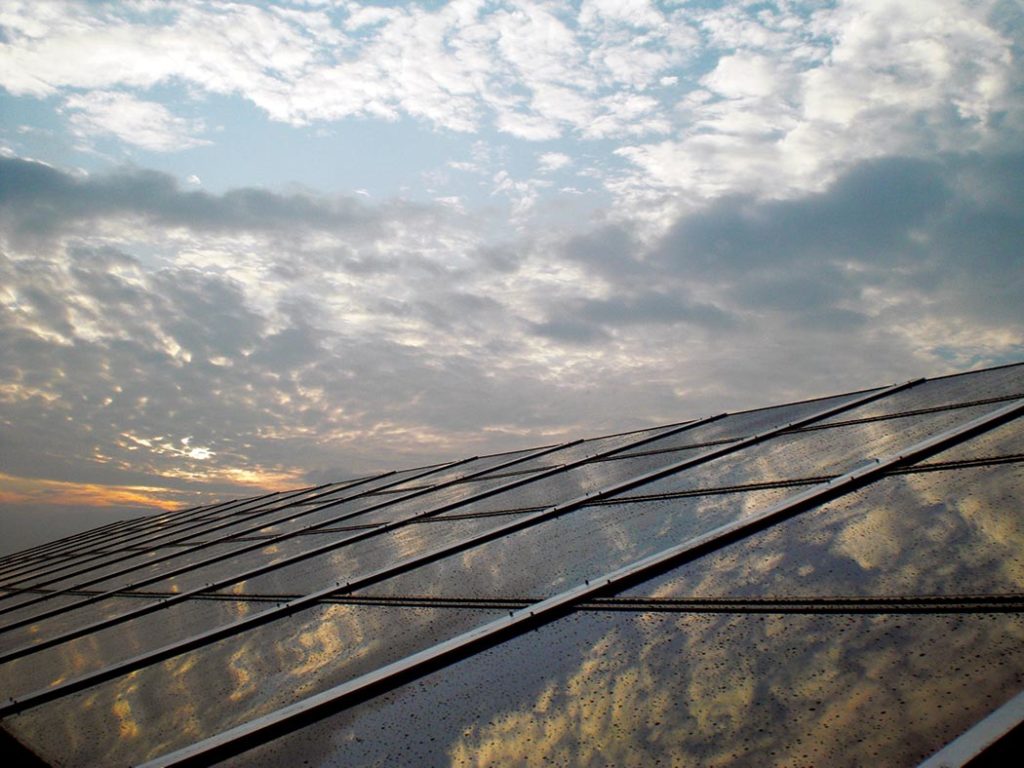 If you’ve been watching the news in the past two weeks you’ve probably seen articles titled “Solar Tariff Kills Jobs” filling up your feed. Whether you were considering getting solar for your home somewhere down the line or if you want solar to become more common as an alternative energy source, you might be concerned and wondering what this means for the industry as a whole. Let’s look at brief history of the tariff and also what the real impacts are for the industry and for solar installers like us.

A brief history of the solar tariff

The trade case that imposed these tariffs started back in April 2017 when Suniva, an American-based solar panel manufacturer,declared bankruptcy. They petitioned the International Trade Commission (ITC) following their Chapter 11 filing claiming that they could not compete against cheap panels and modules being imported from overseas, particularly from China. Another manufacturer, SolarWorld, joined to support this petition. Now, it should be noted that neither Suniva nor SolarWorld are actually American companies. Suniva is majority owned by a Chinese company and SolarWorld is a US subsidiary of a German company. Despite this, in September 2017, the ITC ruled unanimously that cheap solar imports were harming American solar manufacturers. 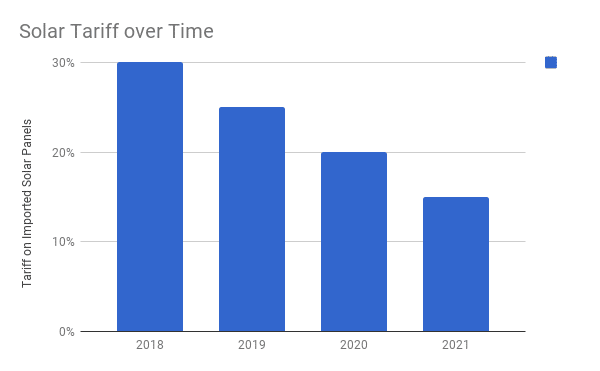 After the ruling, President Trump was given a variety of  suggestions by the Office of the U.S. Trade Representative regarding what tariffs to put into place.In January 2018, Trump decided to impose a 30% tariff on imported solar panels and modules starting in 2018. This rate then drops by 5% every year until 2021.  The rate of this decline is indicated in the bar graph. Good news for solar is that after 2021 the tariff will go away.

Trump’s decision seemingly falls in line with his pledge of “America First” and to protect American jobs from overseas exports. In his comments, Trump defended the tariffs by saying, “We’ll be making solar products now much more so in the United States. Our companies have been decimated, and those companies are going to be coming back strong. … A lot of workers; a lot of jobs.” Now, that “a lot of workers, a lot of jobs” sounds a lot different than all of the other headlines you’ve been reading. What’s really going on here?

Our Take on the Tariff’s Impact 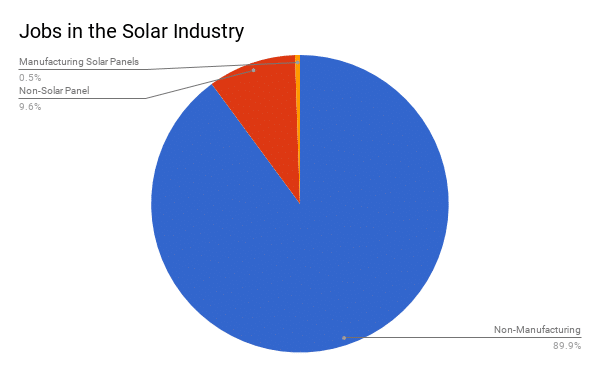 Instead of helping that number grow even further, the tariffs will be hurting the exact workers they aim to protect: American blue collar workers. This comes at a time where solar installation jobs have become a more promising avenue for blue collar workers as the position is based on technical skills not necessarily requiring a college degree. And while other blue collar jobs like car manufacturing or coal mining are coming to a halt, “Solar Installer” is set to be the fastest growing job in the next decade. In terms of truly creating American jobs, the import of foreign made panels have been a boon to the industry and have made this kind of growth possible.

Now with the tariffs in place, that growth and job creation doesn’t look nearly as optimistic. Due to the increase in panel price, SEIA forecasts that 23,000 jobs will not be created this year that otherwise would have hired American workers. Ironically, this decrease in demand for solar is going to negatively impact the manufacturers that the tariffs are meant to help. Abigail Hopper, President and CEO of SEIA, points this out in her letter to the President. “This is not hype; this is what will happen. American companies manufacture, among other things, steel and aluminum racking systems, inverters and tracking devices. Raising solar prices, as these tariffs would do, would reduce demand for those downstream products and kill manufacturing jobs.”

The industry is whole-heartedly against these tariffs and it seems clear the tariffs won’t create the effects they intend to. That being said, the solar industry is not going to collapse overnight. As an industry it is and has been subject to policy changes and societal attitudes about renewables. If you were considering getting a solar system for your house before the tariffs, you should still consider it now as solar is still the most affordable it has ever been. Household solar systems are also not as sensitive to price changes as large, solar farm sized systems are. There will likely be a dip in production, decrease in the exponential growth the US solar industry has seen, and a loss of jobs in both the installation and manufacturing sides of the industry, but solar won’t be disappearing anytime soon.

How Will the Tariff Impact North Carolina Solar?

Now we’ve been talking about the national impact of the tariff, but what does this mean for solar companies in North Carolina? Just like at the national level, we expect to see increases in module prices over the course of 2018. This increase may result in some North Carolina solar companies raising their prices for residential and commercial solar systems. However, at Southern Energy Management we’ve been planning for the tariff for months and have secured a bulk supply of tariff-exempt solar panels thanks to our partnership with Amicus, a nation solar buying cooperative. We forecast this bulk supply will allow us to maintain stable (or even lower) solar prices for at least the first half of 2018.

Countering the negative effects of the tariffs, Duke Energy unveiled a large solar rebate program days before they were put into place. This rebate program will actually make solar more affordable than it has ever been in North Carolina, despite the the tariff. In combination with the federal tax credit, homeowners can expect to save up to 40-50% on a system. Businesses and nonprofits can also expect to save 70% and 30% on solar systems, respectively. We’ve broken down all the details and information about how much you can expect to save on our solar rebate summary page. With this rebate, while the rest of the solar industry nationwide may experience a dip in production due to the tariffs, we are actually experiencing more people requesting systems. If you are interested in taking advantage of the rebate, we suggesting requesting a free solar evaluation today to reserve you place in the rebate’s queue. So while the national solar stage might need a moment to recover, things are still sunny for the solar industry in North Carolina where we can offer solar at historically affordable rates.

Always seeking solutions 🙂 Will has been with Southern Energy Management for more than 10 years. When he isn’t nerding out on pivot tables at work — he enjoys discussing history with his pet toads, fly fishing, and binge reading sci-fi / fantasy.
Next PostNext 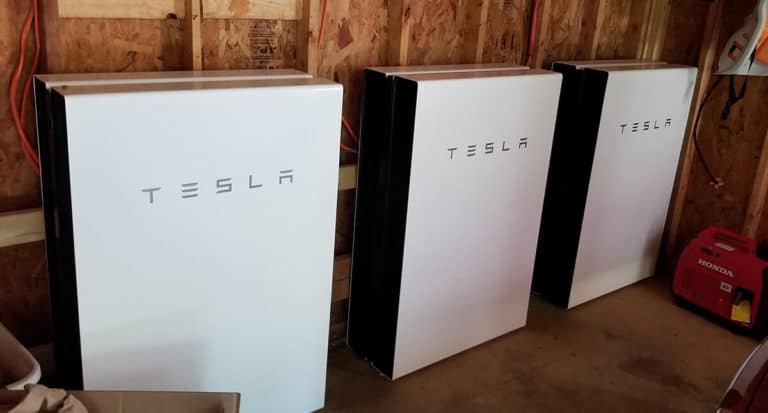 How to Prepare for a Storm in NC with Tesla Powerwall Duke Energy Rates Are Rising, How Does Solar Compare

Ready to Get Started?

Schedule a free assessment to learn more about solar power & battery storage for your home.