Becoming a B Corp: The Journey of a Solar Powered Tree Care Company 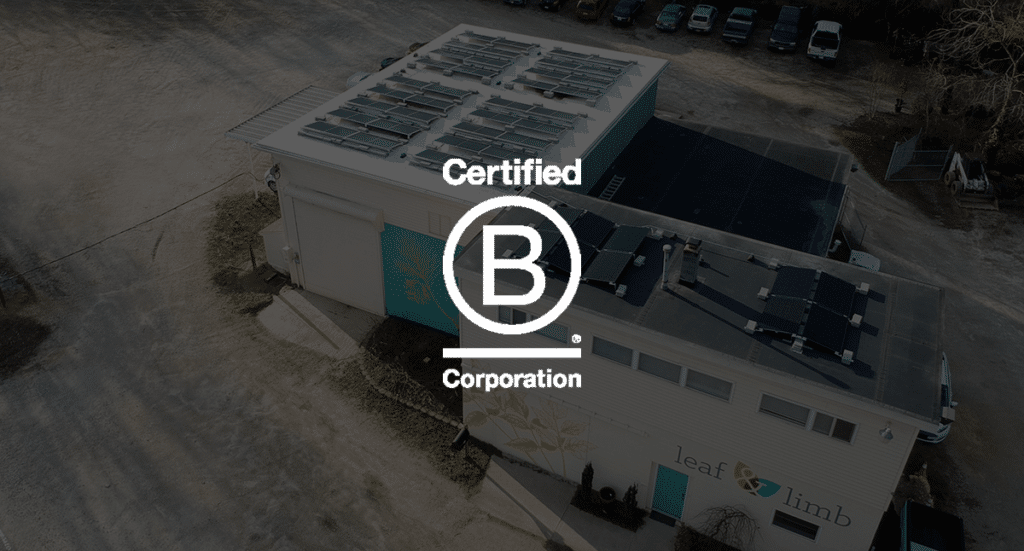 Since we first certified as a B Corp in 2009, we’ve seen the B Corp movement blossom from the first 82 certified in 2007 to a global movement with over 3800 B Corps certified in 74 countries today. (Not sure what a certified B Corp is? Here’s a quick rundown!) We’re excited to welcome another North Carolina business focused on a triple bottom line (people + planet + profit) into the B Corp community — and equally excited that they are one of our solar customers!

We’d like to extend a warm, sunny welcome to Leaf & Limb, one of North Carolina’s newest Certified B Corps! Originally founded in 1997, Leaf & Limb is a tree service company based out of Raleigh, NC. They are also the first tree care company to achieve B Corp Certification! We are proud to have partnered with Leaf & Limb to install solar on their building in 2019. As we look ahead, we are also excited to grow our partnership to support Leaf & Limb’s volunteer-driven tree farm, Project Pando.

So, what was Leaf & Limb’s B Corp journey like? Here’s what Leaf & Limb’s Treecologist & Wizard of Things (and co-founder), Basil Camu, had to share when we asked about their B Corp Certification process and solar story.

Q: Tell us a little about Leaf & Limb. What do you do, and what is your mission?

Here at Leaf & Limb, we try to lead with purpose. Our purpose is: We care for trees because we love the planet. Leaf & Limb’s main care services include pruning, soil rehabilitation, putting down compost, wood chips, treating for pests, and planting trees (of course). Basically, anything to do with either planting new trees or caring for existing trees.

We also do consulting services, working with developers and designers and that sort of stuff. It’s not really the bulk of our business, but we do have the credentials to do that type of work. So in summary, it’s planting new trees, it’s caring for existing trees.

Another thing I’ll mention in terms of our approach is our mission. We want to make sure that when we are caring for trees, we’re creating a positive impact for all members of the ecosystem. If we can help it, we don’t want to do something like spray a chemical that might kill a pest, but wipes out every other bug in the ecosystem. It’s generally why we don’t really like to use chemicals. We try to be careful about whatever negative impacts we might be causing downstream or upstream.

Q: Why did Leaf & Limb decide to become a B Corp? Were there any challenges or eye opening moments?

Actually, this was around the time I had been reading Yvon Chouinard. He’s the founder of Patagonia and pretty active with the B Corp community. I think he might have even helped get the idea off the ground.

It was also right around the time when I found out about NC State’s B Corp Clinic with Jessica Thomas and her folks. We applied to be a part of the program in the Fall of 2017. We went through the process, had an amazing team, and it was really a lot of fun, but also tons of hard work. They did amazing work and actually knocked off like ten points for us and then… we failed to get across the 80 point line to become certified.

So then, we applied to be back in the Clinic again the next year, which is round two. Went through the certification process again, did all the stuff they had mentioned. Got across the finish line with like ten more points… and then failed again. At this point it was just getting to be like, OK, well, we’re going to do this. It became a matter of refusing to be defeated. So we sort of dug in.

After that, let’s see. I know we did it four total times. After the third time of failing, we almost quit but then we decided, OK, we’re going to try this one more time. I ended up having a lot of conversations with the folks at B Lab. I don’t know all the ins and outs, but I think the gist of it is that our industry isn’t really well suited to this particular set of certification questions because there aren’t any other tree services that have ever been certified before.

At this point it was just getting to be like, OK, well, we're going to do this. It became a matter of refusing to be defeated. So we sort of dug in.Click To Tweet

I don’t know what all happened behind the scenes at B Lab, but I do know that in the very end, they asked me to write a special narrative for some kind of review committee. It was basically this narrative of “explain to us how and why you should be a B Corp.” I think that’s essentially what got us over the hump for the final 10 points we needed.

So after our fourth time we did pass! I think it took about four years. It became this battle of the wills. And I’m glad we finally did because it was worth it.

Q: Leaf & Limb also went solar with us! What led to that decision?

It actually wasn’t because of becoming a B Corp. Solar is a great decision, regardless, and was something we wanted to do. It did help us a bit with the certification, but it wouldn’t have been worth the cost just for those points on the certification.

Really, the thing that drove us toward solar was just the idea that we can be getting a lot of free energy from our roof. The idea of possibly adding in some batteries in the future would be even more amazing because we could potentially get solar energy all the time. We don’t have the batteries yet, but we do have the solar panels. We love them! It’s offsetting energy usage from the grid. It’s great for the planet. Just so many reasons why solar makes sense.

Q: Any advice to other businesses interested in going solar?

Yes, absolutely do it. First of all, there are rebates and credits out there so you can get a little help. Second of all, it makes good financial sense. You can justify the costs across a number of years and, if you own the building, it’ll help resale value.

As battery technology gets better, it means you can go energy independent, which is huge. Think about that. Everybody else has lost power due to a storm, but you’ve still got power. That’s going to be a reality very soon.

So let’s see, what else? Really, why not get solar? It’s worth looking at the numbers to see if they make sense — and that’s just the numbers. I don’t usually try to sell people on ethics and good for the planet and stuff when it comes to certain things, but an added layer to this is it’s great for the planet. We have to get off fossil fuels. We have a giant thermo nuclear reactor in the sky. Why would we not use it?

I could get on a soapbox here, but it’s good for the planet. It’s good for your bank account. It’s worth doing.

Ready to Join the B Movement?

Are you a purpose driven business striving to lead social and environmental change? Do you believe businesses ought to benefit all stakeholders, not just shareholders? If so, the B Corp community is here for you! We’d love to connect and answer any questions you have about becoming a B Corp or the B Corp movement.

Looking for more mission driven companies that prioritize people and the planet above profit? Check out these Certified B Corporations in North Carolina! 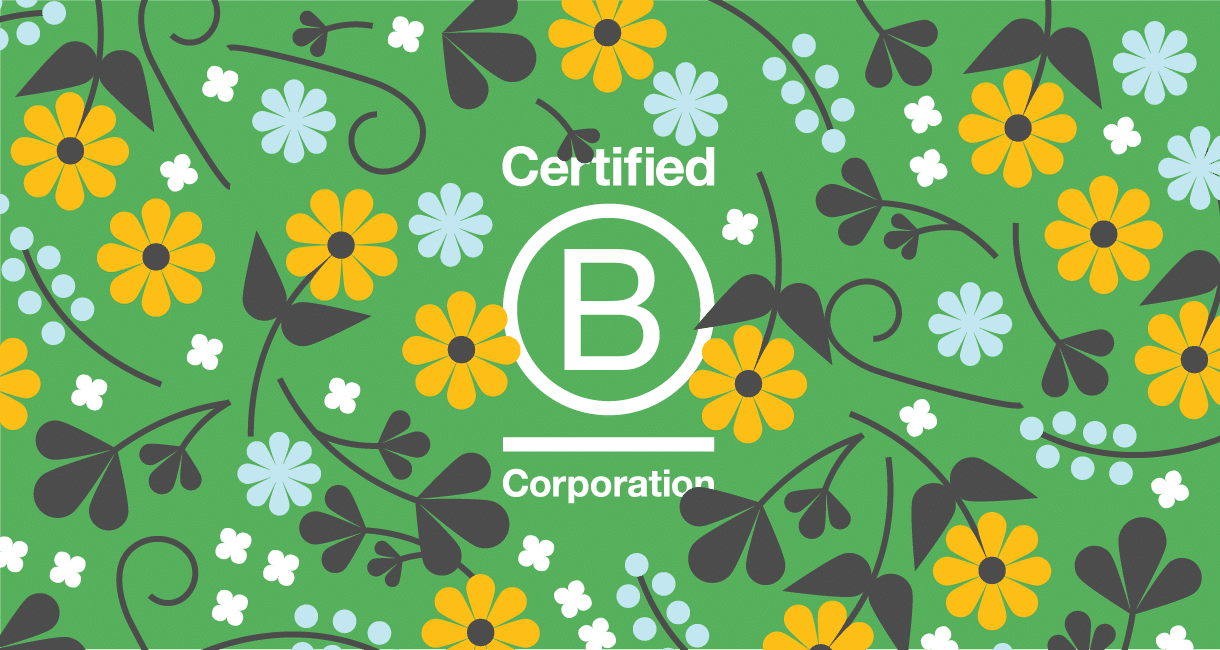 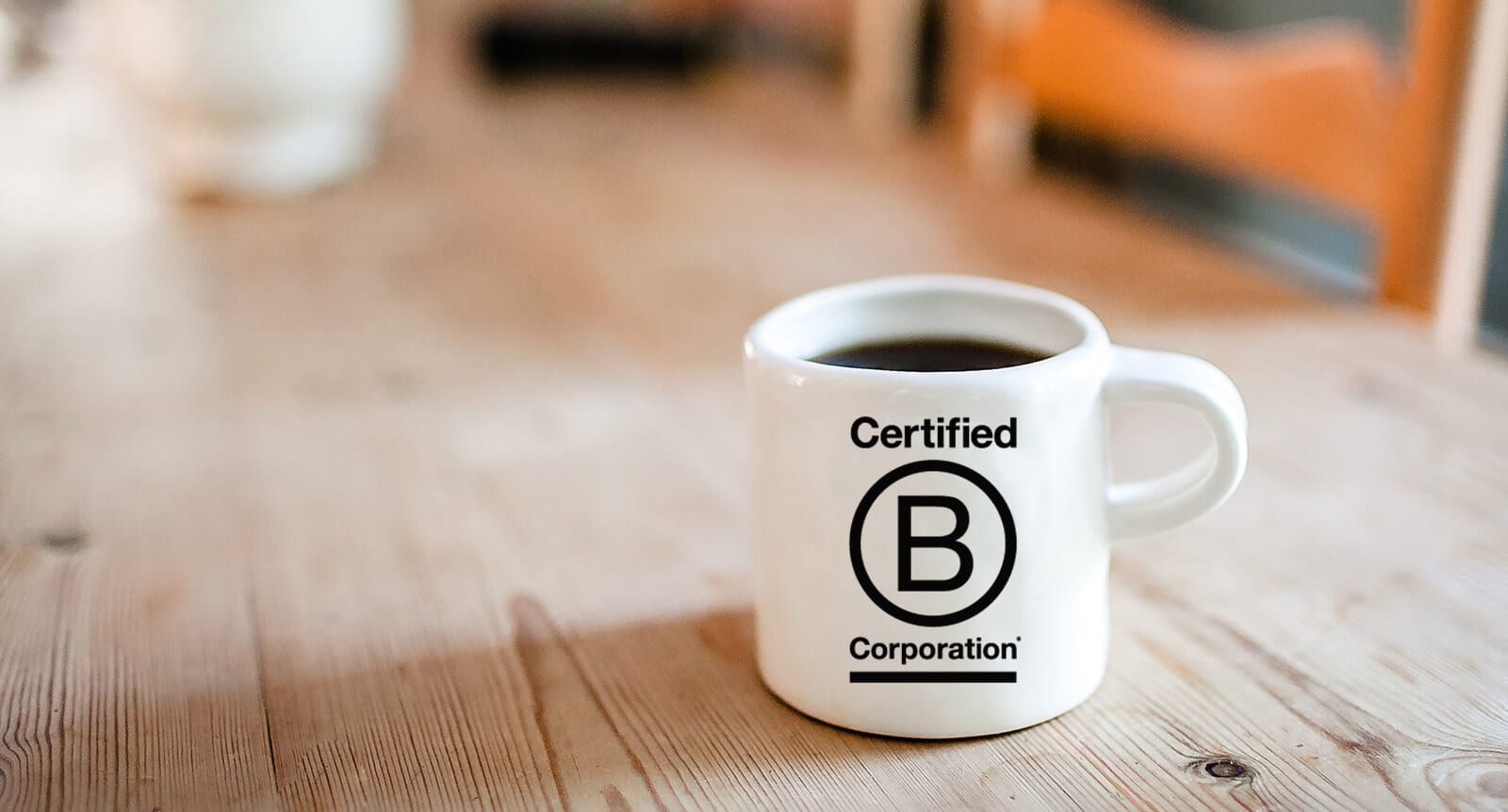 What is a Certified B Corporation? 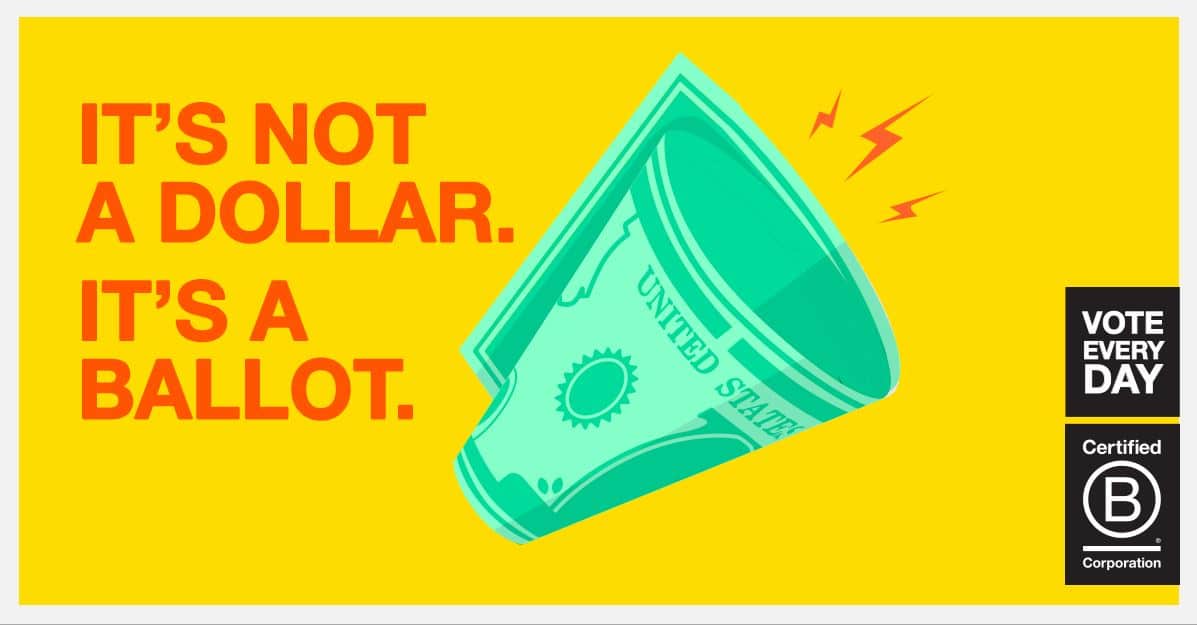 Love B Corps as much as we do? Share this page with a friend!